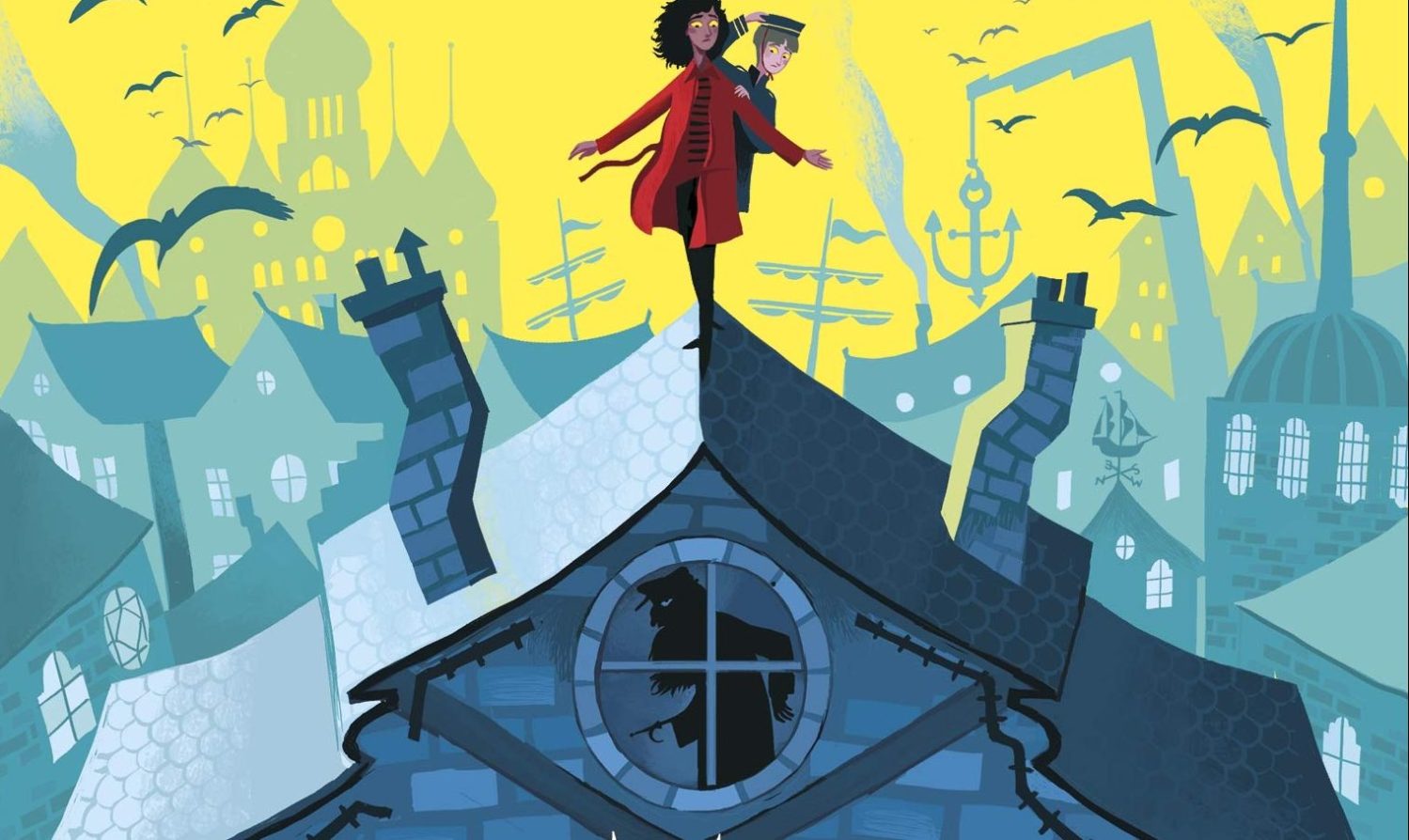 Looking for something slightly off-kilter
and crammed with action?!
Here are a couple series-starters that’ll work for ages 9 and up. 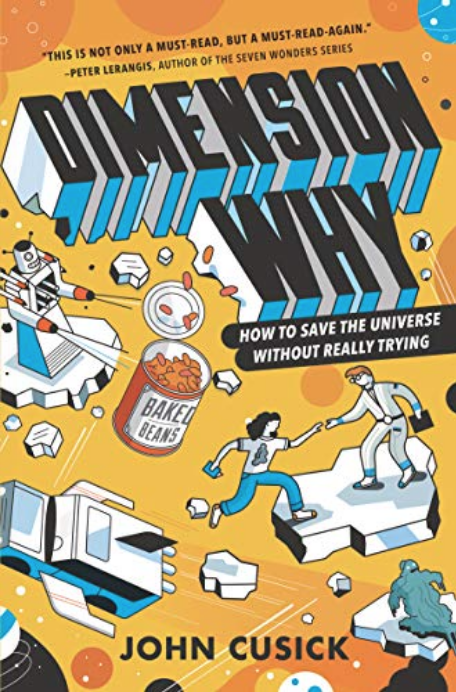 How to Save the Universe Without Really Trying, by John Cusick
published in 2020 by Harper
322 pages

Meet Phineas Fogg, an 11-year-old boy living in the 31st century. He’s been alone for most of his life, surrounded by sterile robots and hyper-vigilant security systems while his adventure-addicted, over-protective parents zup from one exotic locale to another.

And meet Lola Ray, a girl very much in the present who hails from Newark, New Jersey. Lola is an ultra-responsible eldest child and superfan of Dimension Y — a sci-fi TV show. She’s about to fly off to meet her dad in Vancouver when a sneeze in an airport security scanner misfires her across time and space, smack into Phineas’s world.

It’s the most improbable of circumstances but it turns out that Lola and Phineas have been tasked with saving the universe and they’ve got some pretty freaky foes — bog mutants, kill-robots, and oh, just the most powerful, malevolent entities in the universe bent on doing a power grab from a distant dimension.  This clever, weird, and frenzied adventure is like a mash-up of Dr. Who and The Hitchhiker’s Guide to the Galaxy. Gobs of fun but fair warning — there’s a cliffhanger of an ending!

The second installment, Revenge of the Sequel, is due out in mid-October. Ages 10 and up. 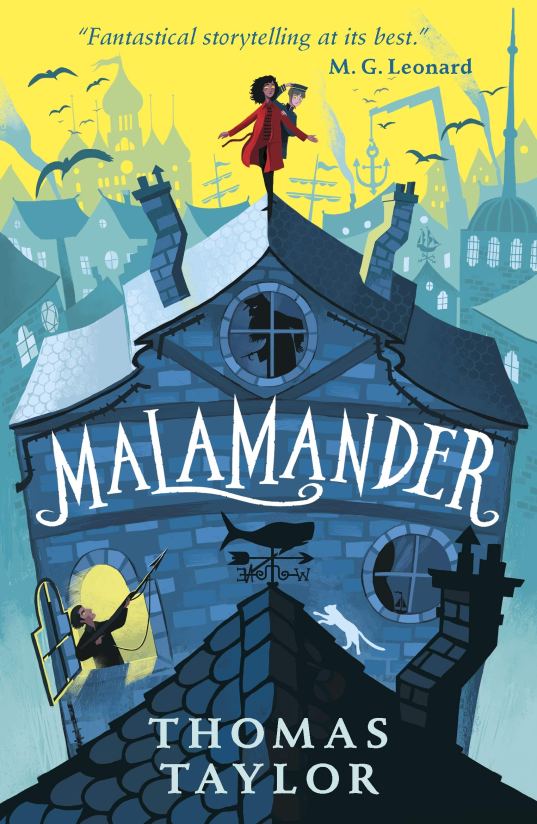 Malamander, by Thomas Taylor
published in 2019 by Walker Books US
290 pages

Herbie Lemon, age 12-ish, is in charge of the Lost & Found at the Grand Nautilus Hotel in the town of Eerie-on-Sea.  Just now, in a head-spinning encounter, he’s met Violet Parma, also 12-ish, who claims she’s been lost since she was but a wee babe and insists that Herbie help find her parents. She’s got just one, small, battered clue to go on.

But even just one miserly clue can lead to another…and another…and before you can say,”Odds fish!” — sneaking is going on, key-stealing is happening, downright conniving is afoot. In fact, Herbie and Violet are on the case.

Set in a vaguely Victorian coastal town with miserable midwinter winds whisking through the lanes, this is a fabulous tale awash in eccentric personalities and remarkable places. Along the way we meet an enormous, malevolent sailor with a boat hook for a hand, and a wizened, wealthy recluse guarding a boatload of secrets, not to mention the legendary malamander itself — a mythical, hulking, flapping, terrifying sea creature! We visit a mysterious book dispensary with a bizarre mechanical monkey that prescribes books uniquely suited to your needs, and Mrs. Fossil’s astonishing Flotsamporium, crammed from floor to ceiling with entrancing bits and bobs collected from the tide-washed beaches over the years.

The entire high-octane, perilous adventure is narrated in Herbie’s lively, witty voice. It’s the first in a trilogy and would make a fab read-aloud for ages 9 and up.

Don’t want to miss a post? Subscribe to my blog — it’s free! — by clicking on the three little lines at the top left of the page.