Here are links to books/posts speaking to racism, civil rights, and social justice that I have reviewed and recommended over the years. Nearly all of these books address racism in the U.S. although a few titles are about the treatment of First Peoples in Canada.

Picture books on the concept of race and the beauty of racial diversity:

All Because You Matter
Bedtime Bonnet
Blue Sky White Stars
Crown: An Ode to the Fresh Cut
Happy to be Nappy
Hey Black Child
I Am Every Good Thing
I Love My Hair
In Your Hands
Magnificent Homespun Brown: A Celebration
My People
Princess Hair
Shades of Black
When We Say Black Lives Matter

Not My Idea: A Book About Whiteness
Something Happened in Our Town

We Are the Change: Words of Inspiration from Civil Rights Leaders

Black Brother Black Brother
From the Desk of Zoe Washington
Lizzie Bright and the Buckminster Boy
Stamped: Racism, Antiracism and You

All American Boys
Dragon Hoops (addresses racism impacting Asian-Americans and Sikh-Americans as well)
Just Mercy
Naught for Your Comfort (this is about white supremacy in apartheid South Africa)
The New Jim Crow
Race Against Time: The Untold Story of Scipio Jones and the Battle to Save Twelve Innocent Men
Separate No More: The Long Road to Brown v. Board of Education
Stamped: Racism, Antiracism, and You
Stolen Justice: The Struggle for African American Voting Rights
They Called Themselves the K.K.K.: The Birth of an American Terrorist Group
They Can’t Kill Us All: Ferguson, Baltimore, and a New Era in America’s Racial Justice Movement
Uncomfortable Conversations with a Black Boy
Why We Can’t Wait

Find dozens of books about Civil Rights on my Black History page here.

Dolores Huerta: A Hero to Migrant Workers
Harvesting Hope: The Story of Cesar Chavez
Planting Stories: The Life of Librarian and Storyteller Pura Belpré
Separate is Never Equal: Sylvia Mendez & Her Family’s Fight for Desegregation
Todos iguales: un corrido de Lemon Grove/ All Equal: A Ballad of Lemon Grove
Where Are You From

The Arabic Quilt
The Proudest Blue

The Eleventh Trade
It Ain’t So Awful, Falafel

As Long as the Rivers Flow
Chester Nez and the Unbreakable Code: A Navajo Code Talker’s Story
Fatty Legs
I Am Not a Number
Kiki’s Journey
Louis Sockalexis: Native American Baseball Pioneer
The Navajo Code Talkers
Red Cloud: A Lakota Story of War and Surrender
Saltypie
Shi-shi-etko
Shin-chi’s Canoe
We Are Water Protectors
When We Were Alone

In the Footsteps of Crazy Horse
Saga of the Sioux 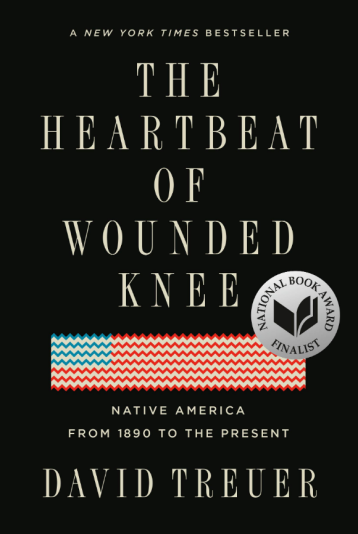 The Heartbeat of Wounded Knee

Picture books about the Holocaust:

Always Remember Me
Anne Frank
Bartali’s Bicycle: The True Story of Gino Bartali, Italy’s Secret Hero
The Butterfly
The Grand Mosque of Paris: A Story of How Muslims Rescued Jews During the Holocaust
Irena Sendler and the Children of the Warsaw Ghetto
Irena’s Jars of Secrets
Miep and the Most Famous Diary: The Woman who Rescued Anne Frank’s Diary
Nicky & Vera: A Quiet Hero of the Holocaust and the Children He Rescued
Passage to Freedom: The Sugihara Story
Terrible Things: An Allegory

Chapter/Middle grade books about the Holocaust:

Catherine’s War
Chance: Escape from the Holocaust
The Faithful Spy
Hidden
His Name was Raoul Wallenberg: Courage, Rescue, and Mystery During World War II
Hitler
Hitler Youth: Growing Up in Hitler’s Shadow
The Life and Death of Adolf Hitler
Odette’s Secrets
The Plot to Kill Hitler: Dietrich Bonhoeffer: Pastor, Spy, Unlikely Hero
Twenty and Ten
We Will Not Be Silent: The White Rose Student Resistance Movement That Defied Adolf Hitler